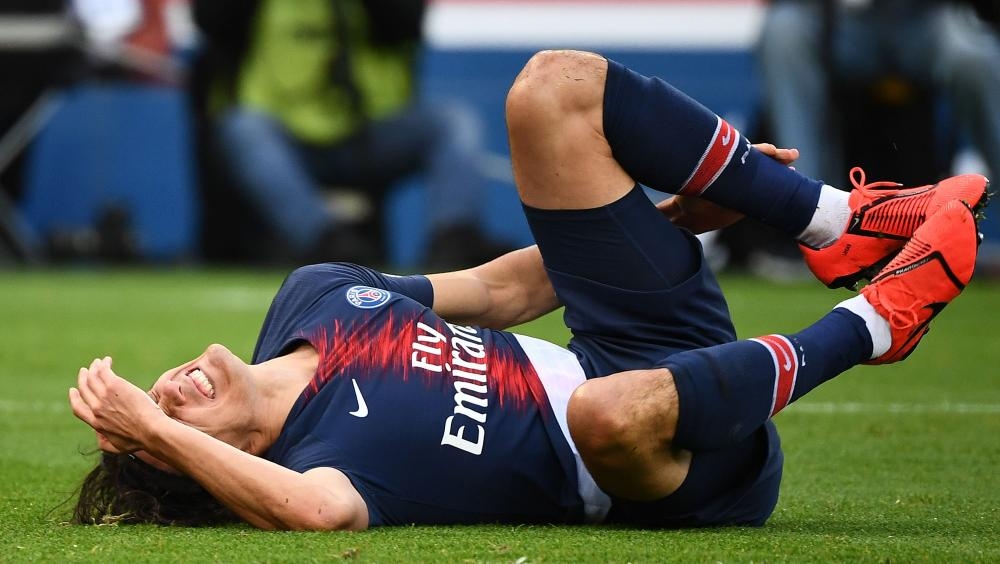 The 31-year-old injured a tendon in his hip after scoring a penalty in Saturday’s 1-0 victory over Bordeaux.

Fellow forward Neymar has been ruled out of Tuesday’s first leg and the return game on 6 March through injury.

In a statement, PSG said the length of Cavani’s unavailability “will depend on the evolution of the injury over the coming days”.

Speaking on French TV on Sunday, manager Thomas Tuchel said: “There is no good news for Edi this morning.”

“There are still examinations today at our training centre, the club will speak a little later, but in my opinion, the news is not going to be very good. It will be very difficult for him to play,” he added.

“There is a very small hope. We always hope but the first exams are not good.”

Brazilian forward Neymar suffered a broken metatarsal in a 2-0 French Cup victory over Strasbourg on Wednesday, 23 January and was ruled out for 10 weeks.

This leaves World Cup-winning forward Kylian Mbappe – who replaced Cavani at the weekend – as the only fit member of their first-choice front three.

Belgium right-back Thomas Meunier is also out of the first leg, with PSG confirming he suffered a concussion during Saturday’s match.

However, Tuchel said there was good news for another of his key players, midfielder Marco Verratti, who started against Bordeaux after three weeks out with an ankle problem.

“Verratti can play and will play,” said the German coach. “I’m worried because we are missing key players. For the big games in the Champions League, it is absolutely necessary to have key players with a lot of experience.”

PSG are 13 points clear at the top of Ligue 1 but their win over Bordeaux came after their toughest week of the season.

On Sunday, they lost for the first time in the league this season, 2-1 to Lyon, then needed extra time to beat third-tier Villefranche in the French Cup on Wednesday.