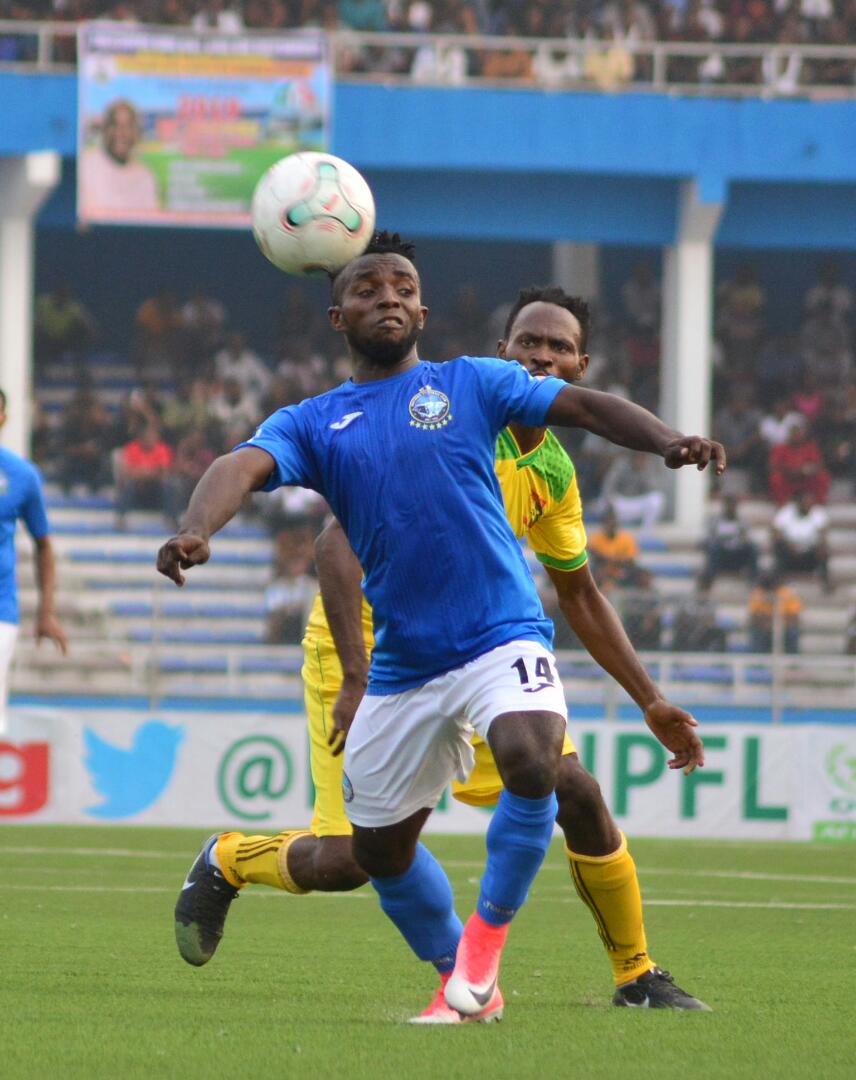 Enyimba midfielder Chukwuka Onuwa believes the Aba based side can “go away and make the country proud” by qualifying for the group stage of the 2019/2020 CAF Champions League despite the “disappointing” goalless draw against Al Hilal in the first leg of their first round encounter last Sunday.

Eight-times Nigerian champions were held to a goalless draw by the Sudanese giants who played the majority of the tie a man down after Nazar Hamid Hassir was sent off for violent conduct twenty minutes into the encounter at the Enyimba Stadium in Aba.

The diminutive midfielder who was on from the start against Al Hilal was unimpressed by the inability of his side who were playing at home to put away a team who were down a man for large chunks of the game a situation he blamed on their profligacy in front of goal.

Notwithstanding the barren stalemate which leaves Enyimba in a precarious situation heading into the return leg in a fortnight in Omdurman, Onuwa contends that the Peoples Elephant can get the job done in Sudan.

“The game didn’t go to our favour because we played a draw,” the 22-year old playmaker told busybuddiesng.com. “But I believe we can go away and make the country proud and make the club proud as well.”

“It was a disappointing result because [we were] playing at home we needed to win and they were one man down from the twentieth minute and we lost a lot of chances.

But, this is football and we don’t need to give up we need to concentrate on the second leg.”

Many Nigerians have already written off the chances of the two-times CAF Champions League winners, but Onuwa maintains that there is no reason why Enyimba can’t do one better at Al Hilal’s 65,000 capacity ground in Omdurman than what their Sudanese opponents managed in Nigeria.

The former MFM player said the Peoples Elephant will have to take their chances on the counter attack to achieve success in Sudan and called on fans to continue to back the team.2-time finalists Al Hilal at their 65, 000-capacity ground in Omdurman in a fortnight.

“We just need their [fans] prayers and their support because we don’t need to write anybody off,” Onuwa told busybuddiesng.com.

“They came here and they achieved and when we go there, we plan to achieve as well and with God on our side, we are going to achieve more in their ground.

“All we need to do is concentrate and plan more on our tactics we don’t need to defend we need to go there and play the way they played as well to win.

“[We need to focus] more on counter attack, we need to attack them more because now the game is balanced. So, I believe with God on our side we are going to get it done.”

A win or score draw will be enough to send Enyimba through to the group stages of the tournament at the expense of two-time finalists Al Hilal.