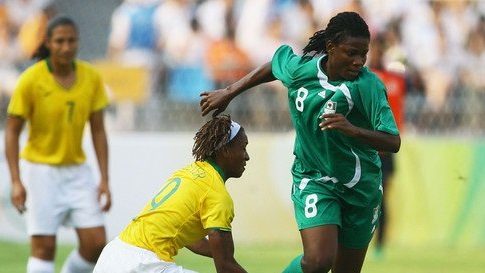 The Nigeria Football Federation (NFF) confirmed via a tweet that the player who represented the Falcons at three different World Cups in 1999, 2003 and 2007, as well as two summer Olympics in 2000 and 2008, died on Wednesday.

Chiejine, who was 36-years old at the time of her death, enjoyed a long and storied career that saw her play for SSVSM-Kairat Almaty in the Kazakhstani Championship, FC Indiana in the USA W-League, KMF Kuopio and PK-35 Vantaa in Finland as well as Zvezda Perm in Russia.

She made her Super Falcons debut in 1999 and was captain of Nigeria’s first set of U19 National Women’s team to the inaugural U20 FIFA Women’s World Cup in 2002 when the competition was still an U19 tournament.