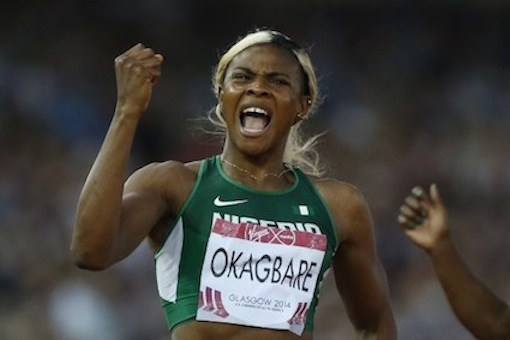 Nigerian sprint queen Blessing Okagbare has received public backing by athlete-led organisation Global Athlete at the 2019 African Games in Rabat, Morocco after she spoke up for athlete rights prior to the competition.

The newly-formed organisation spoke up for the former Commonwealth wealth champion after she criticised the Athletics Federation of Nigeria (AFN) for including her on its list of confirmed athletes for the African Games without her prior knowledge.

“Who this list help? Can they please tell us what and when we will be getting our training grant, please?” The 31-year old wrote on Twitter in July.

According to Insidethegames.biz, Global Athlete, in an open letter signed by its director general Rob Koehler and group start-up member Akwasi Frimpongsaid, said it would stand side by side with all athletes from Africa to ensure their rights are protected and there is no retribution for the basic human right of speaking up.

“We encourage all athletes to use their voice. Remember, the International Olympic Committee (IOC) Athlete Declaration of Rights and Responsibilities clearly states that all athletes have the right to freedom of expression.

“Athletes’ voices will change the future of sport for the better – now is the time to join the growing band of athletes all over the world by standing tall and being vocal for positive change and meaningful engagement.”

The letter called on sport leaders at the African Games to ensure fundamental rights are upheld and that a clear mandate be sent to African Government leaders for athletes to have an equal say on meaningful compensation and training plans.

“The Association of National Olympic Committees of Africa (ANOCA) must follow the IOC’s words that Olympic Solidarity is there to help athletes from nations in need.

“It is time for the funds to be sent directly to athletes and not through third parties,” the missive concluded.

Global Athlete stated aim is to help athletes gain a more represented voice in world sport in the recognition that the neglection and suppression of the athlete’s voice has gone on for too long.