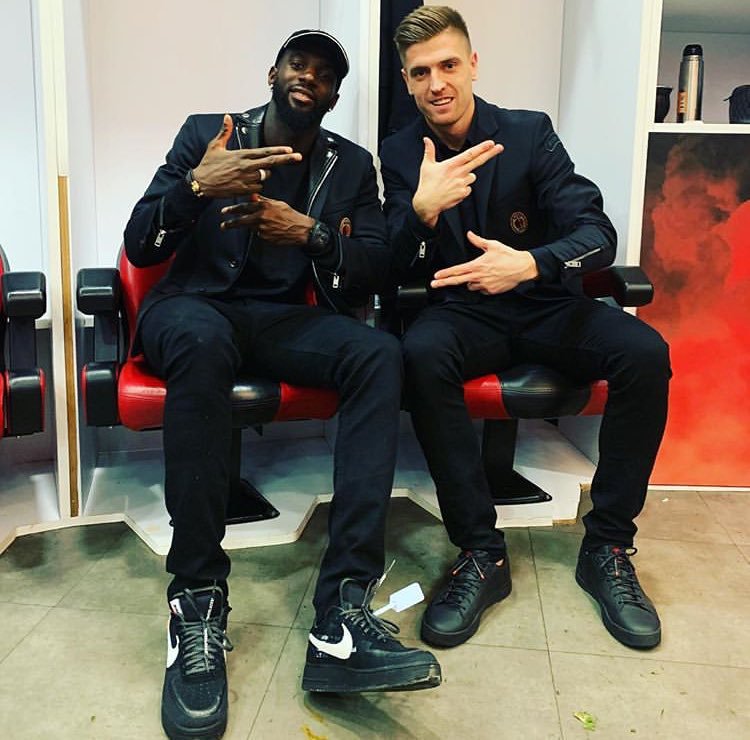 AC Milan midfielder Tiemoue Bakayoko has opened up on his time at Milan in an interview with RMC France.

Bakayoko who is on a season-long loan at Milan from Premier League side Chelsea has made 28 appearances for the club in all competitions so far.

Speaking with RMC France on his start to life at Milan, the 24-year old said: “The start of the season was not easy because of the language but today it is much better both on the field and private life and I am very happy with what I am experiencing,”

Bakayoko has made 19 Serie A appearances for the Italian side who currently sit fourth in the table.

And he stated his desire to make the Champions League spot with AC Milan and also get a call-up to the French national team.

“I would like to get to the top four in the standings and receive a surprise, that is, the call-up for the French national team,” he said.

The Chelsea loanee, however, decided not to speculate on his future saying he will wait until the end of the season to make a decision.

“My future? I cannot answer today, we will wait until the end of the season. I have a contract with Chelsea but I am very, very happy at Milan.”

AC Milan currently on a good run of form in the Serie A, with January signing Kryzstof Piatek at the forefront of their good fortune.

And with a return of six goals in five matches for Milan, the Frenchman has declared his love for new teammate Piatek.

“Often they ask me what I think of him [Piatek], in the football way I’m completely in love with him.”

Milan looking to qualify for the Champions League by finishing in the top-four after being eliminated from the Europa League this season.

“We wanted to make a good impression, it is a pity that we got eliminated, it is difficult to watch the others play,” Bakayoko concluded.