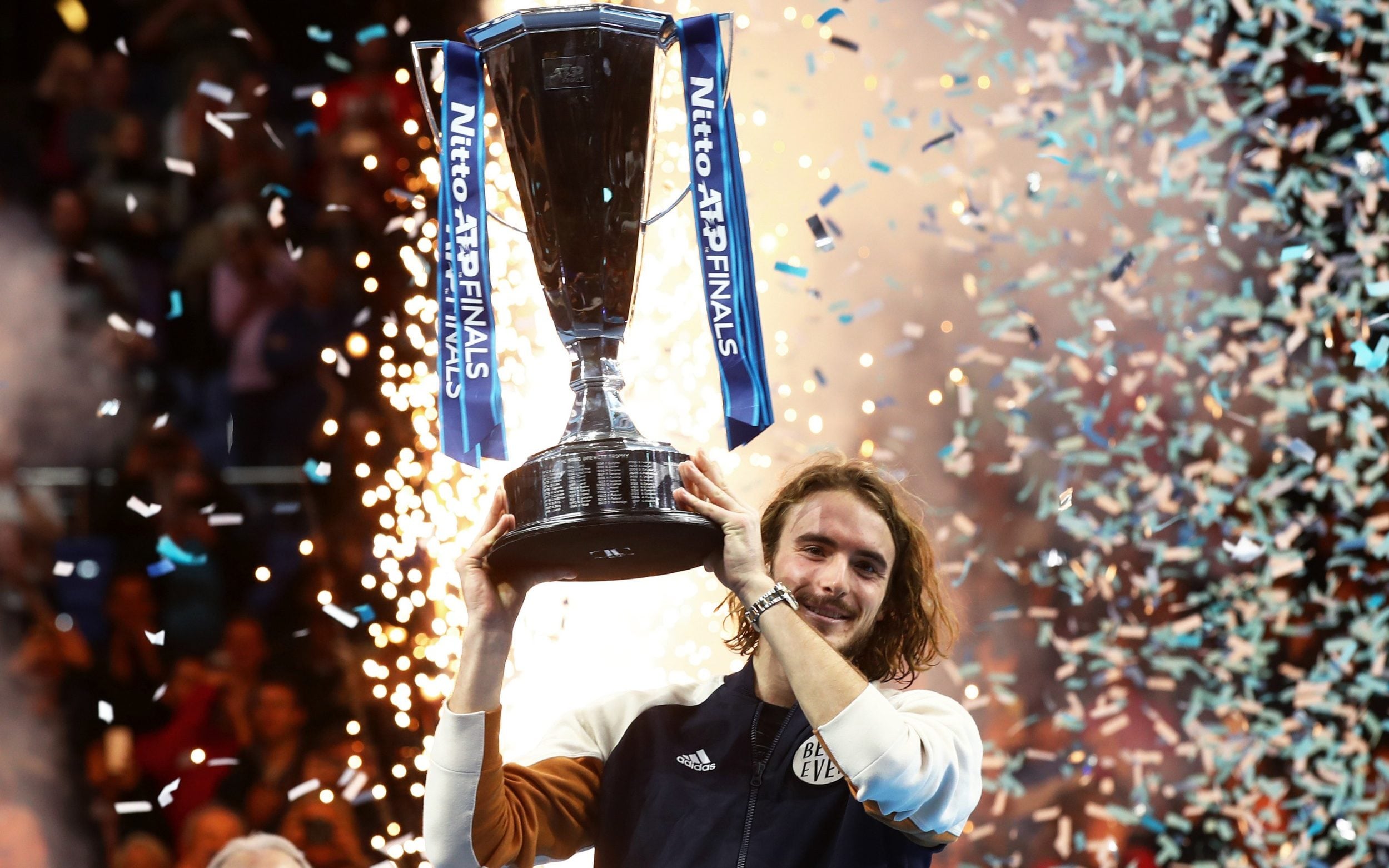 Stefanos Tsitsipas confirmed his meteoric rise into the highest echelon of men’s tennis by battling back to beat Austrian Dominic Thiem 6-7(6) 6-2 7-6(4) in a compelling title duel at the ATP Finals and pocket a cheque for $2.6 million on Sunday.

The 21-year-old debutant, the youngest of the eight qualifiers for the elite season-ender, displayed resilience and flair in equal measure to claim his biggest title to date and become the youngest champion since 20-year old Lleyton Hewitt in 2001.

Thiem edged an intense first set full of powerful baseline rallies but Tsitsipas, the first Greek player to play in the event and the first debutant to reach the final since Jim Courier in 1991, was undaunted and responded in style.

He surged into a 4-0 lead in the second set and Thiem appeared to be flagging when he then trailed 3-1 in the deciding set before rediscovering his early spark.

Thiem broke back to take the showpiece into a deciding tiebreak but it was Tsitsipas, the crowd favourite, who stayed strong, moving 6-4 ahead and clinching victory when Thiem fired a tired forehand wide.

It is the fourth successive year the tournament has had a first-time winner and incredibly it is just one year since Tsitsipas won the NextGen Finals title for the best up-and-coming players on the men’s Tour.

“I have no clue how I played so well in the second set,” Tsitsipas said on court. “I was nervous playing in such a big event. But I’m so relieved by the outstanding performance and the fight I showed today.”