Asisat Oshoala Begins 2020 With a Bang For Barcelona 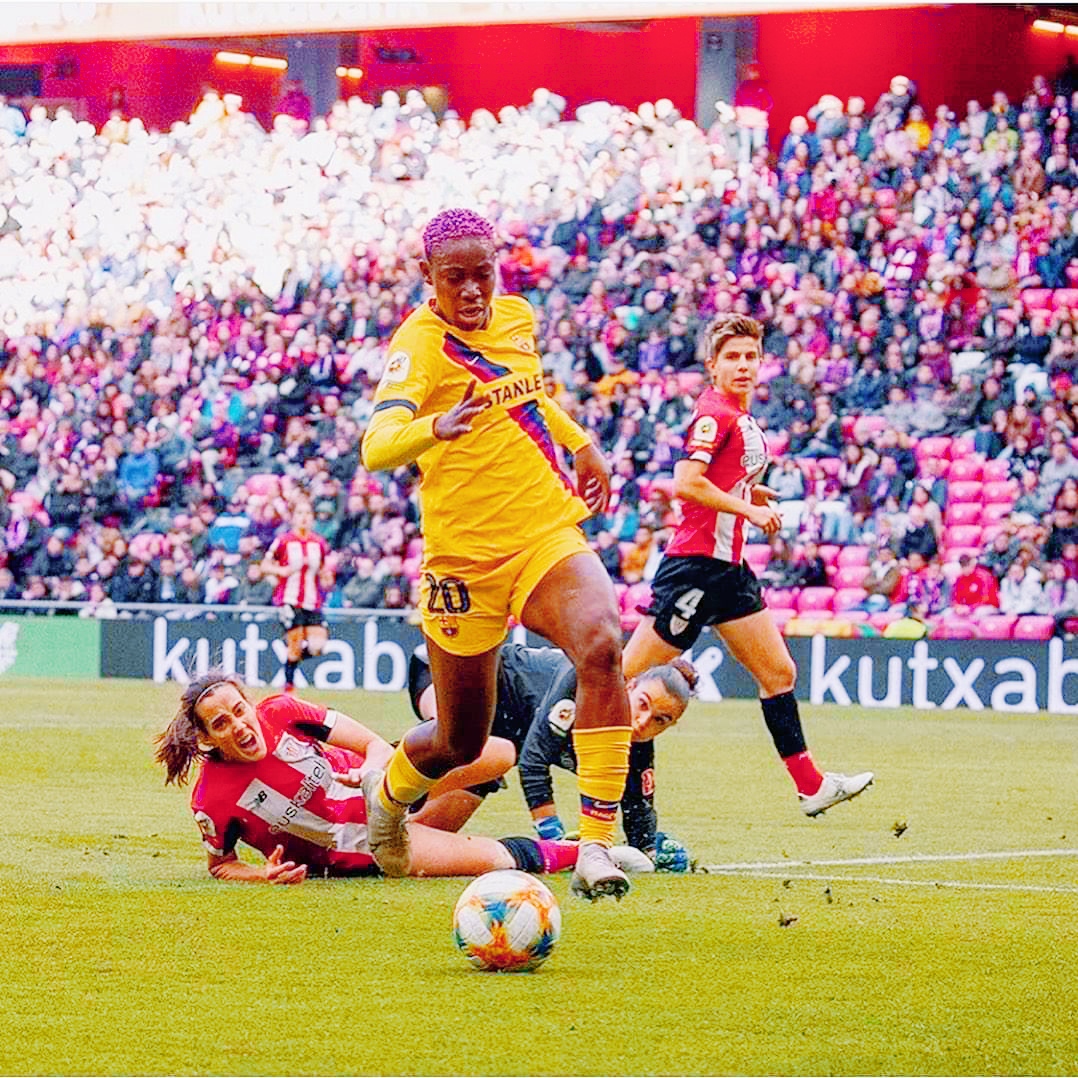 Asisat Oshoala began the year 2020 on a loud note after she came off the bench to inspire league leaders FC Barcelona to a 3-0 win away at Atletic Bilbao.

The 2015 BBC Women player of the year who is eyeing her fourth African Women Player of the Year Award was named on the bench with the trio of Lieke Martens, Aitana Bonmati and Mariona leading the line for the Catalan giants.

Despite possessing the match in all angles, the host failed to find the breakthrough with both teams going into the break goalless much to the joy of the host who were contented to do plenty of defending.

Oshoala then came on for Dutch forward Martens on the hour mark and her substitution brought life into the game with Barcelona striking first blood 3 minutes afterward courtesy of Mariona Caldentey.

The Falcons forward then made it 2-0 on 76 minutes when she headed home from a Khaira Hamraoui cross before she then finished off her brace with a well-taken strike on the edge of the box to net her 9th goal of the campaign.

The win sees Barcelona extend their unbeaten league run to 14 games with 40 points, having won 13 and drawn just once all season.