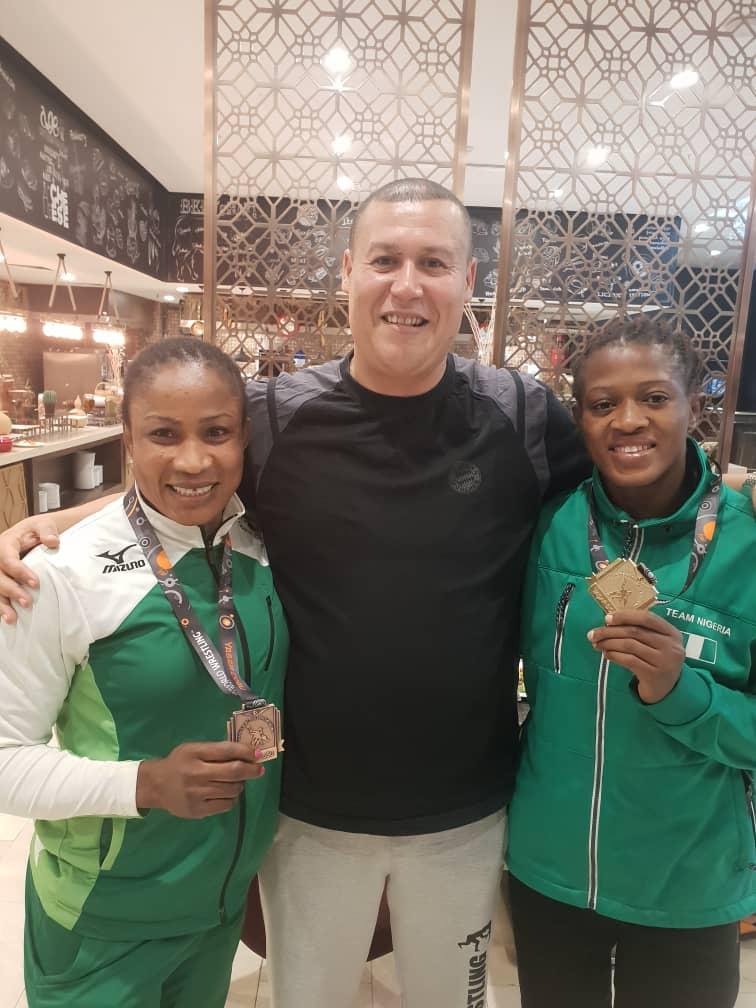 Commonwealth Champions Odunayo Adekuoroye and Blessing Oborududu both impressed at the just-concluded Yasar Dogu Ranking Series event in Istanbul, Turkey, claiming gold and bronze medals respectively to climb up in the world rankings.

Adekuoroye defeated Ukraine’s Tetyana Kit 10-0 via technical superiority in the final of the 57kg Women Wrestling, while Oborududu similarly overcame Alina Makhynia also of Ukraine 10-0 to claim the bronze medal on offer in the 68kg category.

As a result of her victory, World silver-medalist Adekuoroye will move up to No. 3 in the world rankings, while Oborududu, a 9-time African Champion is guaranteed a top-8 placement in the world when the latest rankings will be released.

On her way to the final, Adekuoroye dismantled Giullia Rodrigues Penalber de Oliviera of Brazil 15-2 in the round of 16, took out Ecuador’s Lissette Castillo  10-0 in the quarter-final, before overpowering Olga Khoroshavtseva of Russia 6-3 in the semi-final.

On her part, Oborududu subdued Germany’s Nadine Weinauge 12-3 in the qualification round, before an impressive 6-0 win against home favourite Kadriye Aksoy of Turkey in the quarter-final. She, however, surrendered 8-1 to Canada’s Danielle Lappage in the last four, in a repeat of the 2018 Commonwealth Games final which Blessing won.

Their impressive performance in Istanbul is coming after a great outing in another ranking series tournament earlier this year in Dormagen, Germany, where Adekuoroye and Oborududu won gold and bronze medals respectively.

“I am so happy with their performance, they wrestled against world-class wrestlers,” Purity Akuh, head coach of the female national team, said. “They showcased mental toughness, I am so proud of them.

The contingent is expected back in Nigeria on Monday.