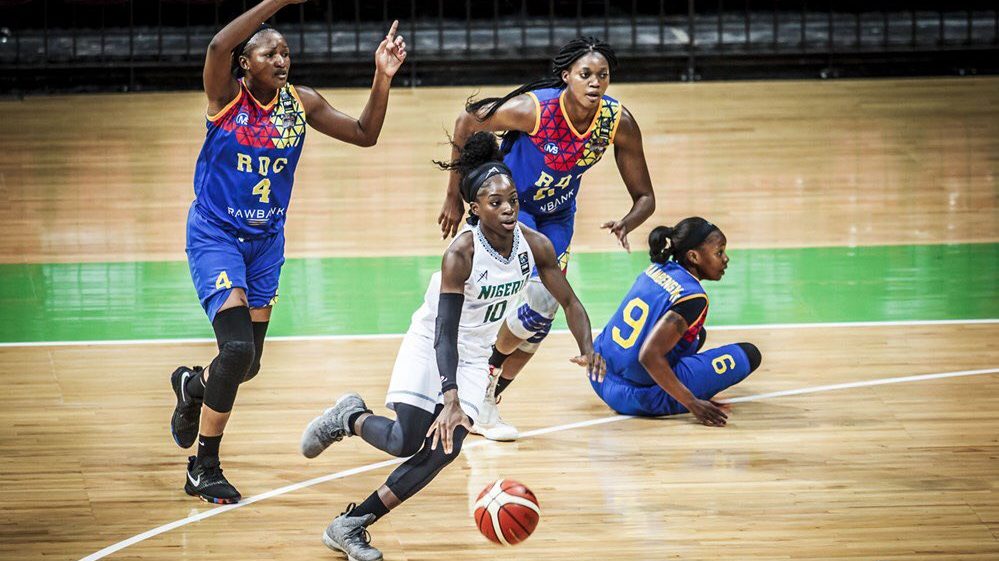 Defending champions of the Women’s Afrobasket D’ Tigress have booked a spot in the semi-finals of 2019 Women’s Afrobasket currently underway in Dakar, Senegal, after defeating the Democratic Republic of Congo 78-46 in the quarterfinals,

D’Tigress went into the first quarter in a relaxed manner with DR Congo getting the first points of the quarter.

Coach Otis Hughley rallied the Nigerian side to step up play, which saw them take the lead of the first two quarters.

Ezinne Kalu lead the scoring at the half for D’Tigress with a dazzling performance that saw her earn 17 points, 5 steals, and 2 Assists.

Victoria Macaulay and Adaora Elonu were not left out of the scoring with both putting up 14 point and 11 point performances respectively.

D’Tigress secured their semi-final place with a 33 point difference after the third quarter ended in 61 – 32 and the fourth quarter ending in 79 – 46 in favour of the defending champions.