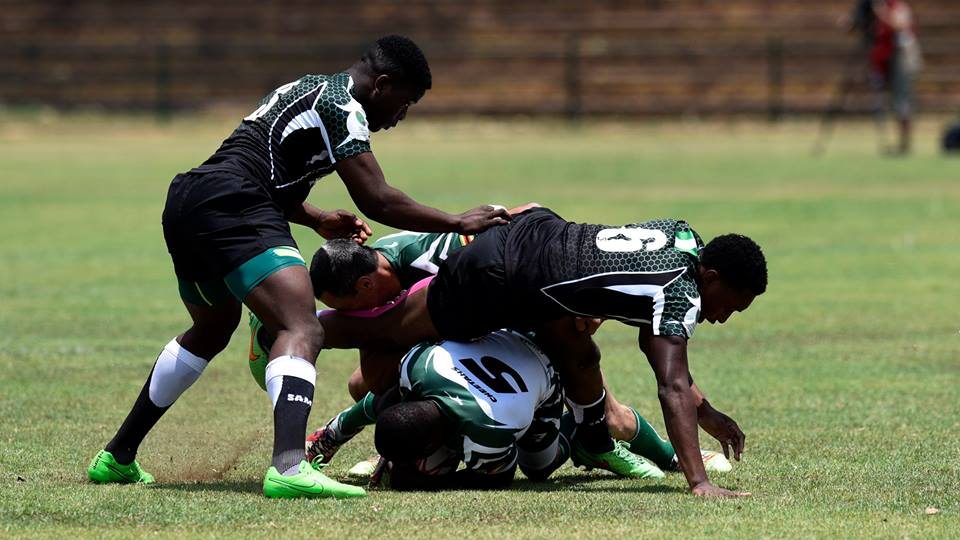 The Black Stallions arrived their Elmina base on Monday and engaged in their first training session today ahead of their opening match in the championships which holds from Sunday 28th July to Saturday, 3rd August.

Speaking after their training session on Tuesday, Jatto revealed that the squad is fully recovered from their travel exertions and are in high spirits ahead of the 12 pm meeting against Ivory Coast on Wednesday.

“It was good,” Jatto said about Tuesday’s training session. “I’m happy this morning after the long journey yesterday people were feeling a bit tired but today after a good night’s rest everybody is in high spirits, everybody is moving well there’s a high energy level so I’m happy with it this morning.”

And speaking about Wednesday’s game, Jatto said the Black Stallions were not worried about the form of their opponents who had defeated hosts Ghana 22-12 on Sunday.

Jatto said he expects Ivory Coast to still be struggling with the aftereffects of their game against Ghana with “a few bruises and injuries” which he expects will play into the hands of a fresh and well rested his side and help the Stallions knock the Ivorians “off the park” at the Nduom Stadium on Wednesday.

“We are not worried about that [Ivory Coast’s 22-12 win over Ghana on Sunday], Jatto said.

“I’m sure they’ve got a few bruises and injuries from that game so we are fresh so we should be able to knock them off the park and beat them. So, we are not worried about that.”

And Jatto who’s one of the more experienced members of the team revealed that the more established players in the side have helped the newly called up players settle and integrate well into the team.

“I mean, there’s a lot of international experience in this side and also those of us that have played in the national team for a couple of years we’ve been able to bring everybody into the same group so most people from outside can’t even tell who the debutants are because we all seem like we’ve been together for a long time so that’s good.”