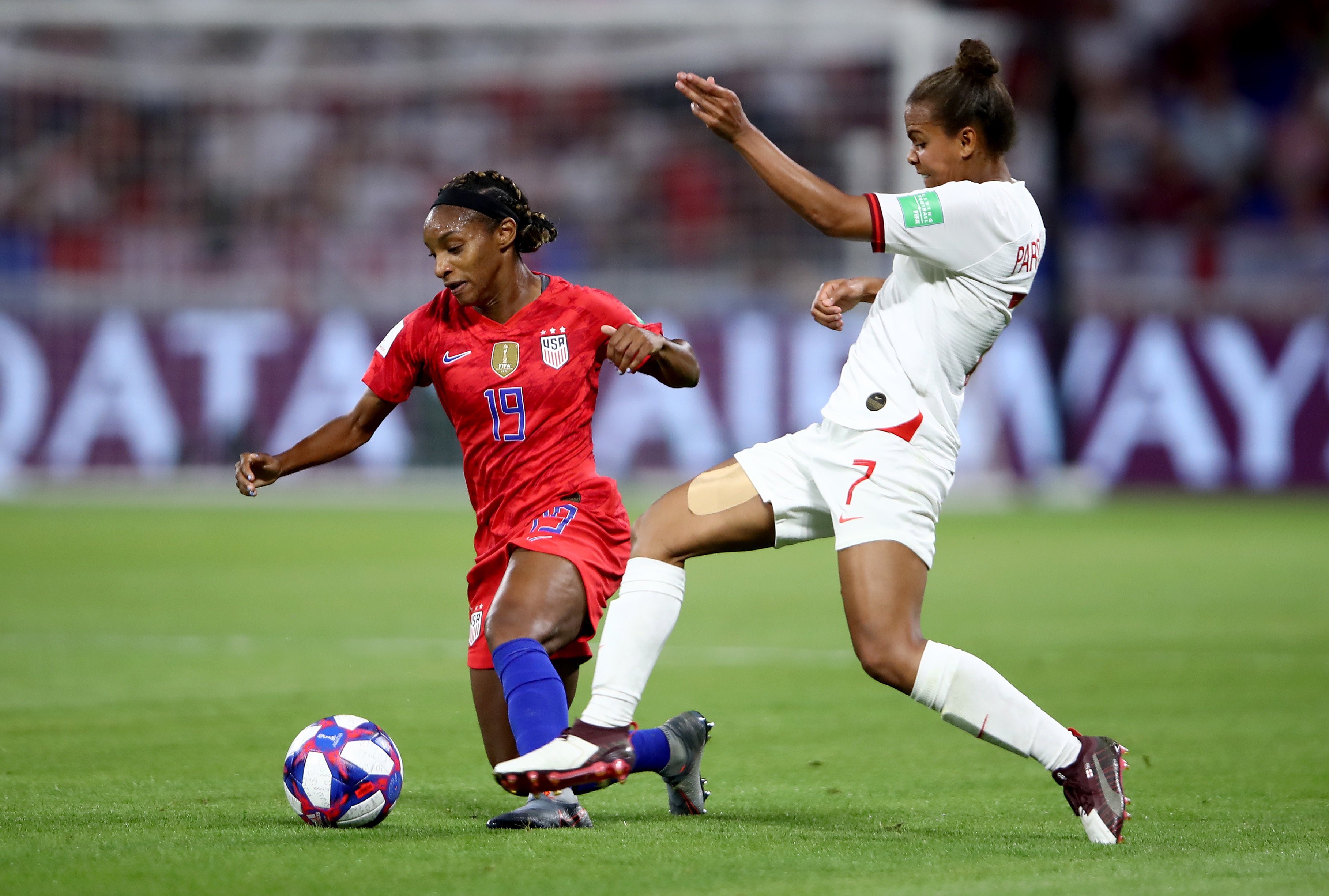 England’s dreams of reaching their first Women’s World Cup final were dashed as Steph Houghton’s late penalty was saved in a dramatic semi-final loss to holders the United States.

The England skipper’s 84th-minute spot-kick was held by Alyssa Naeher, shortly before Houghton’s fellow centre-back Millie Bright was sent off for a second bookable offence, as the Lionesses exited at the last-four stage for a third major tournament in a row.

Winger Christen Press and striker Alex Morgan scored with headers either side of Ellen White’s instinctive equaliser as the USA took a deserved 2-1 lead in a frenetic first half.

A spirited Lionesses side improved after the break and White thought she had equalised with a low strike from Jill Scott’s flicked through ball, only to be found to be marginally offside on a video assistant referee (VAR) review.

White was then clipped in the area and Phil Neville’s side were awarded a penalty after another VAR review.

But Houghton could not convert from the spot and the wait for a senior England side to reach a first global final since 1966 goes on.

The USA, who were backed by the majority of the 53,512 crowd in a gripped Stade de Lyon, are through to their third consecutive World Cup final and will now bid for a record fourth title when they face either Sweden or European champions the Netherlands on Sunday.

Those two sides meet on Wednesday and the losers will take on the Lionesses in Nice in Saturday’s third-place play-off.